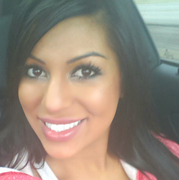 "Her" Youtube channel (youtube.com/channel/UC5dV6RUXpGfiSuXwc3-h0pw) "likes" ONLY AND EXCLUSIVELY Ghanaian (and Jamaian) reggae 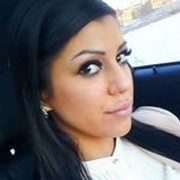 I'm Looking for good and kind man,loyal, caring,thoughtful, creative, compassionate,imaginative,
serious, sensual and passionate......But dislike man who lie,cheat,dishonest,Disrespectful, and
who just play tricks, and game on their women...if you are intrested in me then you can chat me
at gmail .................brawalter658@gmail.com

So I have times dared to sign in to such a site and must say it is really cool: *:) A Facebook for
adults and the best, free Write to me there my name is Diana Lea ♥ http:/ /tinyurl.com/l23onv2 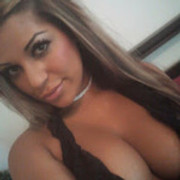 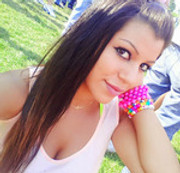 Hi, I am new to the platform, I would like you to
add me to better discuss Hangout. Goodnight Kiss

This African twit scams as a military scam on other social sites, posted here: http://www.romancescam.com/forum/viewto ... 71#p491471 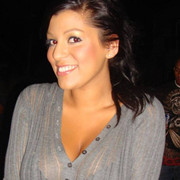 My BF will not go on this site or others, so I am posting what I have found out about his scammer…
She said her name was Linda Aina Yakabu ( also spelled Yakubu). My BF met her on Match.com but I don’t have her profile. I’m sure it is no longer active anyway.

I found a Facebook profile with very different background info than what my BF was given, but same pictures….facebook.com/profile.php?id=100012145816408&fref=ts


This is the lawyer that she then started to have contact my BF. His name was David Linstrand. I found several references to him. He had my BF pick up $ from western Union or other places and then transfer it back to them or send them electronics.

This is just a weird thing I found…the entire cast of this Swedish movie is played by themselves, but the lawyer, David Lindstrand is trying to help a woman named Aina…hmmm.
imdb.com/name/nm8174331/

“Linda” also would have her grandmother “Beatrice” call to guilt my BF into sending more $.

Here are the pics I have… 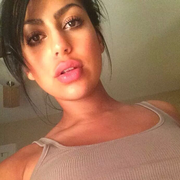 "She" also had a pug - my BF saw it running around on a video chat. She said she is a nurse.

The lawyer slipped up once in his story - he has been saying he is an "Uncle" but slipped and said "Fiance" once.
Top

In the post above at G+ mafia abuses pictures stolen from another woman reported here: http://www.romancescam.com/forum/viewto ... 19#p498619

This is the lawyer that she then started to have contact my BF. His name was David Linstrand. I found several references to him.

Please know scammers stole identities of the real people to make the scam look believable. We can't post the references to the names used based on found online info without evidence.
If there were bank to bank transfers and he has a names of senders or recipients , their bank accounts , personal data ..that is different but if he received cash and transfer via WU or MG , those not traceable as in West Africa agents are corrupted and very often paid out is made without any ID.
Pictures used in the scam belong to two different photo victims, which happens to be adult models and there are out here a hundreds of videos of them in internet. Scammers remake those to be tools in the scams. Brainwashed and manipulated victims have a hard time to see that those are refooted plays.
Please kindly ask if there are any email address and if you could also post all the money request/ laundering info we would greatly appreciate. If he wants to join as one day he is very welcome. Good luck to you both, you made great progress in helping him. We thank you

Ok - Thank you for cleaning up my post. I am so new to all this and not sure what is "stolen" and what is fabricated.
Top


Looking at my companion lifetime
Posted on February 25, 2015 from Open, Santarém, Portugal.
Hi out there, I am a woman of 27 years old, I am here to look for a man to make my full and happy life. Come back to me if you are interested

Contacting of photo victims by another victims is against the cyber laws which you must obey in order not to find yourself convicted of offence. We strongly advice you not to do it.

Please post the scammers info.
Confronting the scammer is WRONG!!! DON'T enlighten criminals with your wisdom. REPORT & BLOCK.
PHOTO VICTIM - "Do not confront the owner of the pictures, as they are victims themselves! You will only serve to further the terror and harm !" Silence Is Golden!!! I speak Polish.
Top 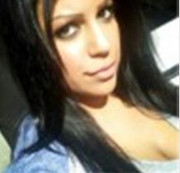 Description:
My name is sandra and i am a lady of 32 years of age and i am in
a Nurse Training School that i am Training to become a Nurse......

Chat;
hello
how are you doing?
am fine an you

she went to sleep

Scammers with pictures of Briana Lee

Name: Colleen Moore
Claims Age: 34
Email: gingerbear180@gmail.com
Used Plenty Of Fish Dating Site to lure you in, then switches to Email and Google VOIP Number
POF Name: BAD911 Age Claimed on POF 49 -> Red Flag
Claimed on POF profile she was from White Oak, PA.
After switching to Email/Texting she deleted the POF profile.

Typical bad grammar in text and emails. The standard my dad was from Ghana, My mother from the states.
Father has Died taking care of mother in Ghana
Country : Ghana
State / Region : Greater Accra
City : Accra

She did do a google hangouts video call and does look quite similar to the posted pics, but of course cut it off after just 30 seconds or so saying it wasn't working right. I never could hear her. I then did a google voice call and got a voice message name of William Sanderlander or Sunderlander not exactly sure, she/he didn't pick up.

Users browsing this forum: No registered users and 3 guests